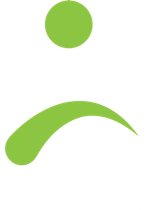 ACL Injuries: Part One – How does it occur?

An ACL injury can be one of the most catastrophic injury that can occur in sports. It often requires a long lay off, months of rehab, and expensive surgery.

Before we can talk about how to prevent an ACL injury, we need to find out HOW it happens.

Lets look at the risk factors first. What attributes make you more likely to rupture your ACL?

Female- Females are more likely to rupture their ACL (some studies show they are 3 x more likely). This has been seen on the AFLW, with a huge amount of female athletes rupturing their ACL. There are a number of reasons for that, including the difference in muscle control and strength, and the larger Q- angle (angle lining up the femur and the knee)

Previously torn ACL- it sounds silly, but a major risk factor for an ACL injury…is a previous ACL injury

Fitness– When you are fit, you tend to move better, whereas when you are fatigued, you are going to move poorly and sloppily. ACL injuries often occur towards the end of the game, so being able to maintain your fitness for the whole game will help reduce injury. (This goes for all injuries to be honest)

So how does an ACL injury occur?

There are two main ways an ACL injury can occur- either jumping and landing poorly, or during the act of change of direction

. There are a number of factors that occur for a ACL to rupture.

Deceleration– Change of direction requires effective deceleration, before accelerating in a different direction. Not being able to decelerate effectively is a major risk factor for ACL rupture

Hip position– The hip will normally be abducted (move away from the body). This is a key component of an ACL injury, often your leg will be outside your centre of mass. The above picture illustrates this well. The foot and knee are well away from where the hip is, while the player is change direction.

Knee position– This is an easy one, and the most commonly described. “knee valgus” is the term used to describe the position of the knee. This is when the knee ‘buckles in’. The below picture illustrates this well. Secondly, the knee will frequently be in a position of extension.

Furthermore, during an ACL rupture, there will often be a twisting motion at the knee joint, further stressing the ACL.

Foot and ankle position- This one is more subtle, and arguable the least important mechanism in an ACL injury. The foot will often pronate (or collapse in) during an ACL injury. That is not to say that if you have flat feet you are more likely to get an ACL injury.

The ankle is another interesting one. Studies have shown that the more you can dorsiflex (move your foot up towards you), the more likely you are to get an injured ACL. This is most likely because people who have greater range of motion, tend to have more lax ligaments, and therefore are a bigger injury risk, rather than meaning that you should try and get a stiff ankle.

So there you have it. A brief look at how an ACL injury occurs. Next time, we will look at what you can do to prevent an ACL injury from occuring!

Helen Shang
08:07 11 Mar 21
After Oscar left the company, the staff there not really care patient, so disappoint

B A
01:39 22 Jan 21
Hopefully I'm never injured again, but if I am, Jay at BodyFocus will be my first point of contact. He helped immensely... with a nagging & long term Shoulder & Lower Back injury.I highly recommend him to anyone in need of a quality Physio.read more

NICHOLAS ABI ESBER
09:41 21 Jul 20
I would highly recommend this Physio clinic as they prove to give results to their clients especially Jay!

rupsikha baruah
11:26 25 Feb 20
Friendly staff. Lvl 8 in Rhodes Shopping Centre..accessible via lift. You have to pay..check for discounts.

Fahad Alotaibi
00:10 28 Nov 19
Excellent service with dr Louis. Have really back pain due to having a bad massage previously. So he really... helped.Thanksread more

Mellissa Admin
01:01 11 Sep 19
I work in the local area and have found Bodyfocus to be amazing and would highly recommend. I had the pleasure of... having Sarah as my physio and she was friendly, knowledgeable and professional. She explained my injuries to me in easy to understand language and was able to get me back on my feet quickly. Every interaction with staff at Bodyfocus has been extremely positive and helpful. Would not go anywhere else now for physio.read more

Vanessa reinmuth
06:48 07 Sep 19
Would recommend this place in a heartbeat! The service and care provided is second to none. In particular, I'd like to... call out Lauren who has been nothing but amazing, supportive and genuinely interested in how I'm progressing. I injured my hip and initially went to a physiotherapist closer to where I live, but my condition didn't get any better, so I decided to come over to Rhodes and give Bodyfocus a try - right after the first session I felt an instant relief. That was a few weeks ago and my mobility has been steadily increasing, while the pain has become so much better. Lauren also motivated me to exercise and I actually enjoy it. Overall, it's just been a fantastic experience.read more

Yuyan Cai
00:43 04 Sep 19
Highly recommend Sarah. Her attitude and knowledge has made my recovery a quick and easy process. She has a great... understanding of how the body works and teaches you the process to live life to the fullest.Do not hesitate to reach out and connect with this amazing physio!read more
Next Reviews

With a background as a professional ballerina in both Australia and the UK, Lucy has gained an in-depth understanding of the demands that sport can put on the body and the physical and mental requirements to become a successful athlete. Unfortunately Lucy’s career was cut short due to injury, which is what inspired her to become a Physiotherapist. She is passionate about injury recovery and prevention and works with her patients to keep them as active as possible while they heal.

With an interest in sports, Lucy was the Head Sports Trainer with an O&M league AFL team in Albury for

the field. She also has experience in Women’s Health and Vestibular conditions as well as inpatient

Lucy uses a combination of hands on therapy, taping, mobilisations and dry needling techniques to

accompany her exercise based approach. She also has experience teaching both mat based and

reformer pilates and believes it is an excellent way to aid in injury prevention.

Having recently moved to Sydney, Lucy is on the hunt for the best hiking locations! In her spare time,

Lucy has completed advanced training in:

Sabina has completed a Bachelor of Health Science/Mastering in Podiatric Medicine at University of Western Sydney. She has experienced working in different treatment settings including private practice, hospitals and mobile care. One experience in which takes forefront in her experiences is working in Ireland at Merlin Park Hospital.

She incorporates evidence based treatment plans in all scopes of podiatry including the general and chronic foot, injuries and pain, nail surgery, biomechanics and paediatrics. Outside of the clinic environment Sabina enjoys running, playing netball and playing the violin.

From early childhood, Louis was exposed to Chiropractic due to his scoliosis and constant back pain. Being only 10 years of age, he was unable to participate in social and sports activities in fear of being in pain. Upon seeing the benefits of Chiropractic for his back, Louis focused his life on helping others achieving a pain free and healthy lifestyle.

Louis graduated with a Bachelor and Masters of Chiropractic Science from Macquarie University. After practicing in the best clinics in Sydney, he is now the founder of Dynamic Spine Clinic. He is a very passionate and motivated practitioner that makes your problems his own.

Louis has a extensive knowledge in posture and back related injuries. He combines his treatment with soft tissue therapy, acupuncture, rehabilitation and lifestyle advice. His treatments are individualized to suit each patient in order to achieve the best outcome possible.

Louis has a passion for soccer, tennis and rugby. He also earned local, regional and state level competition titles as a squad swimmer.

His goal is to inspire, educate and encourage his patients to reach a happy and enjoyable lifestyle. He believes that Chiropractic care is an essential tool to maintain wellness, improve posture, eliminate pain and stress.

Sarah has an interest in all areas of musculoskeletal physiotherapy and is always looking for opportunities to expand her knowledge to grow as a clinician. Sarah is highly ambitious and applies herself in all areas of work and life. She is driven by her desire to become a go-to physiotherapist by providing the best evidenced-based care to all of her clients to achieve positive outcomes. Sarah enjoys staying active, being outdoors, and socialising. Sarah enjoys new experiences and is always willing to try new things. Sarah believes you can achieve anything if you put your mind to it and are willing to put in the effort.

Sarah has completed training in comprehensive assessment and treatment of the pelvic floor. This includes complete subjective and objective (including internal examinations) of pelvic floor problems, such as:

Sarah consults from our Rhodes clinic.

Wilson graduated from University of Sydney as a physiotherapist and he has always been keen on learning new things so that he can do what is best for patients. On top of ongoing professional development, he completed a Master in Musculoskeletal Physiotherapy from University of Melbourne to gain further knowledge.

Wilson has worked in various private practices in the past and managed a variety of clienteles, from acute musculoskeletal and sports injuries to pre/post-op rehabilitation, and from injury prevention to performance enhancement. He has also done a range of sports coverage as a physiotherapist, such as City2Surf and Sydney Half Marathon etc.

Wilson has done extensive training and obtained certifications in multiple techniques and areas, below are some examples but not limited to:

When Wilson is not working and not injured (if injured, rest and doing own rehab), he plays competitive table tennis. He is also a recreational road and trail runner.

Wilson can speak Cantonese and Mandarin.

Jay is a relaxed yet attentive and thorough physiotherapist whose passion lies in sports and musculoskeletal physiotherapy. He has worked in private practices in North Sydney and Richmond, as well as doing sports coverage work over a variety of sports including Gridiron, Football (Soccer), Rugby Union, Rugby League, AFL and is currently the lead physiotherapist of the West Tigers Under 21’s (Jersey Flegg). This opportunity has allowed him to spend time with the NRL squad, assisting with the rehab of their injured 1st grade players. He was also recently part of the medical team working at the GoldCoast Commonwealth Games in April 2018.

Jay has recently completed his postgraduate qualifications in Sports Physiotherapy at La Trobe University. This course allowed him to learn of senior physiotherapists at the GWS Giants, and Rugby Australia, learning their rehab techniques and long term injury prevention strategies. Jay is extremely knowledgeable and skillful with the ability to lead you to excellent results. He will find out why you cannot perform at your peak and develop a treatment plan that addresses your goals.

Jay also has had experience playing cricket, having played 1st grade cricket for the North-West Sydney Hurricanes in the Sydney Shires Competition and understands the frustration that “weekend warrior” athletes have with missing out on playing sports due to an injury.

He has completed advanced training in: